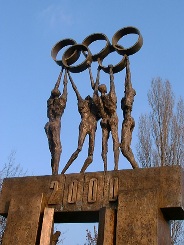 After the briefest of a meeting December 10, the 15 member IOC Executive Board will depart IOC headquarters in Lausanne and head to a resort in Montreux for five days of brainstorming on the future of the Olympic movement.

The board will gather first at the Olympic Museum for the ceremonial handover of the keys to IOC headquarters from Jacques Rogge to his successor Thomas Bach. The transfer was to take place in late October, but delays with work on the Museum, which is undergoing a significant renovation, prevented that. The Museum is now complete and ready for the ceremony as well as a public opening December 21.

No word yet on what items of business the IOC might consider during the few hours the EB will convene in Lausanne. Nominations for IOC members to be elected at the February session in Sochi might be likely.

The brainstorming is part of the IOC president’s initiative to bring changes to some of the important decisions that the organization makes, such as selecting Olympic host cities and the sports program of the Olympic Games. The current retirement age of 70 is another topic that could get an airing during the EB retreat in Montreux.

Helsinki could have the inside track to host the 2017 IOC session. Around the Rings is told that after receiving "weak" bids from two other cities, the IOC relaunched the tender for the meeting where the 2024 Olympic host city will be chosen.

The NOC of Finland submitted a bid last week. The last time. Helsinki hosted an IOC session was in 1952, just prior to the summer games in the Finnish capital.

The Olympic Council of Asia assembly already canceled due to damage in the Philippines from the super typhoon may take place outside the country, Around the Rings is told by OCA president Sheikh Ahmad.

The annual assembly was scheduled for this week in the resort island of Boracay, which suffered significant damage from the storm earlier this month. In the days after OCA announced that the meeting would be postponed. However, the devastation on the island is bad enough that plans to reschedule for January will not be possible.

The OCA president says his team is still assessing the situation, but that it is possible the assembly could become an add-on to next November’s meeting inThailand of the Association of National Olympic Committees. Sheikh Ahmad is also ANOC president.

IOC president Bach is said to have encouraged Italian Prime Minister Enrico Letta to continue consideration of a bid from Italy for the Olympics. Bach met with Letta last Friday in Rome, where the European Olympic Committees annual assembly was taking place.

In comments to Associated Press in Rome, Bach said he was counting on a strong bid from the United States for 2024.

While in Rome, Bach met with Italian journalist and AIPS president Gianni Merlo. Changes to the bid process, the sports program and other issues are covered in the interview, which can be found here.