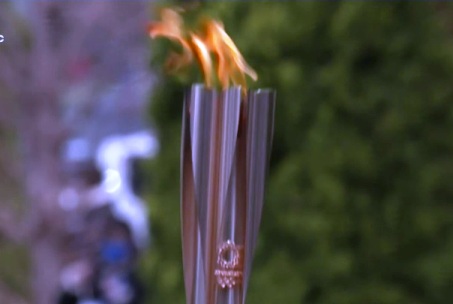 (ATR) Fighting the coronavirus is more important than hosting the Olympics say more than 85 percent of the respondents in a survey by ATR Japan and Meiji University's Institute of Social Communication.

The online survey on attitudes toward hosting the 2021 Tokyo Olympics drew 407 valid responses. It was conducted April 19 to 26.

The Olympics as a whole are viewed as a positive event by 55 percent of the respondents. Just under six percent expressed dislike for the Olympics.

But when asked specifically about the Tokyo Olympics, the results are not encouraging for the Games. The survey showed overwhelming public distrust in the management of the Olympics and concerns about the economic burden placed on the people by hosting the games.

More than 87 percent of those completing the survey agreed "It is unclear how the Tokyo Olympics are run and how money is used".

More than 70 percent said they are opposed to spending any more tax money on the Olympics.

But 53 percent of the respondents acknowledged the Tokyo Olympics will result in legacies such as stadiums.

While the Olympics are billed as a symbol of the earthquake recovery, nearly 77 percent of the respondents disagreed.

The Olympic torch relay gets lukewarm support in the survey. The nearly four-month relay began March 25 and is supposed to visit every prefecture in Japan. The COVID-19 crisis has led to cancellations of public ceremonies and runners carrying the torch without any crowds present.

Just 5.7 percent said the relay should be held as planned.

Beyond Tokyo, 43 percent of respondents said they were unsure about the bid from Sapporo to host the 2030 Winter Olympics. Those in favor numbered 39 percent while 24 percent were against.