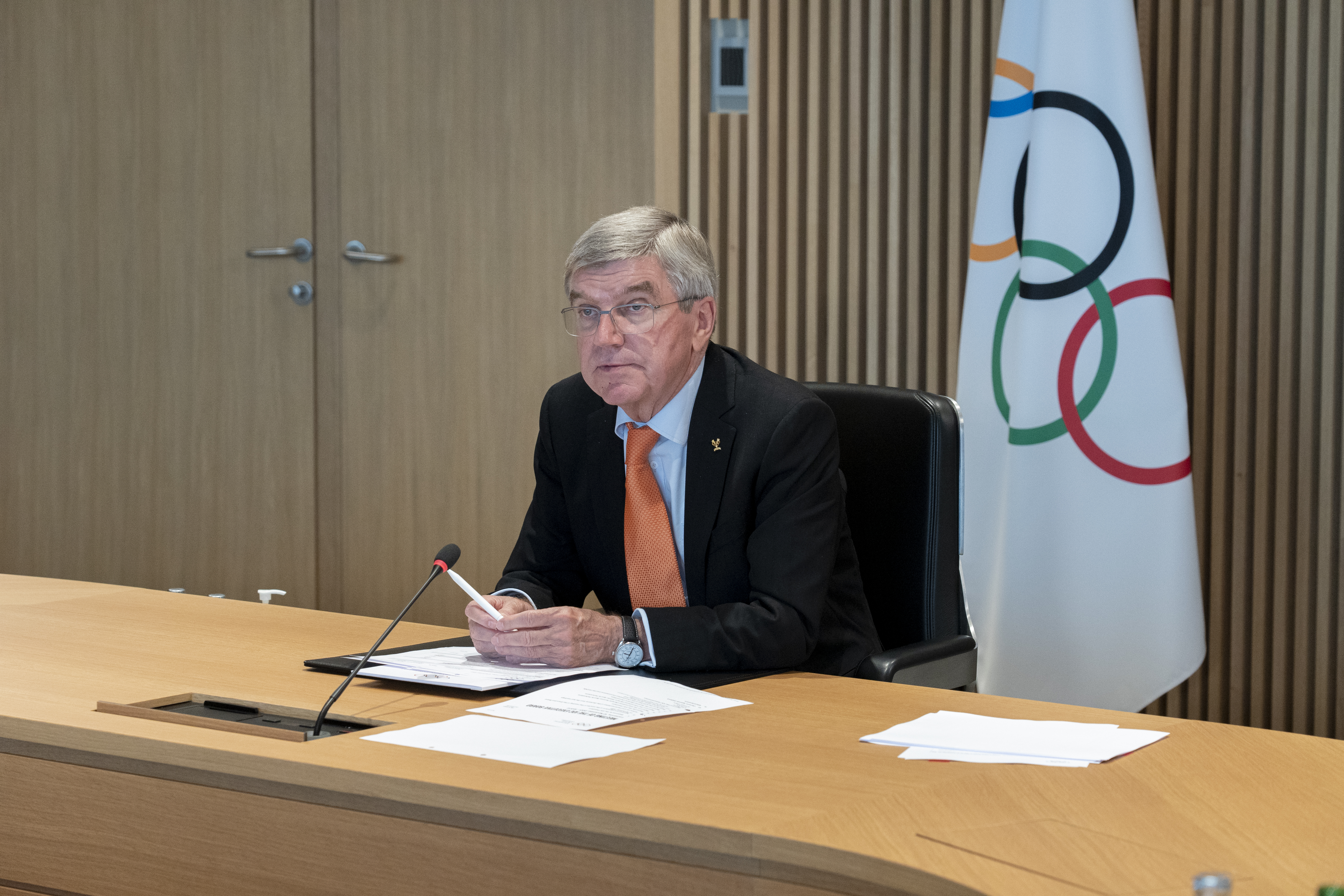 According to the IOC, the pair discussed the state of preparations for the 2022 Winter Olympics, as well as the COVID-19 countermeasures put in place for the Games. It was stated the pair discussed “the strong support of the international community for the Olympic Winter Games Beijing 2022.”

Bach was quoted on the IOC’s website as stating he was, “very much impressed by the welcome to the Olympic community by the Chinese people from all walks of life, be it culture, science or business, and across all generations.”

China’s goal to bring winter sports to more than 300 million people was discussed during the meeting as well, with Bach offering congratulations to Xi. Bach stated, “China is now a winter sports country, and this is the start of a new era for global winter sports.”

Video of the meeting, widely reported as Xi’s first in-person meeting with a foreign dignitary since the start of the COVID-19 pandemic, was shared by Chinese state broadcaster CCTV.

Xi was quoted by CCTV and South China Morning Post as stating, “this is the first international multiple sports event that will get to go ahead on schedule since the COVID-19 pandemic struck. [It is] a realization of the faster, higher, stronger and more united Olympic motto.” 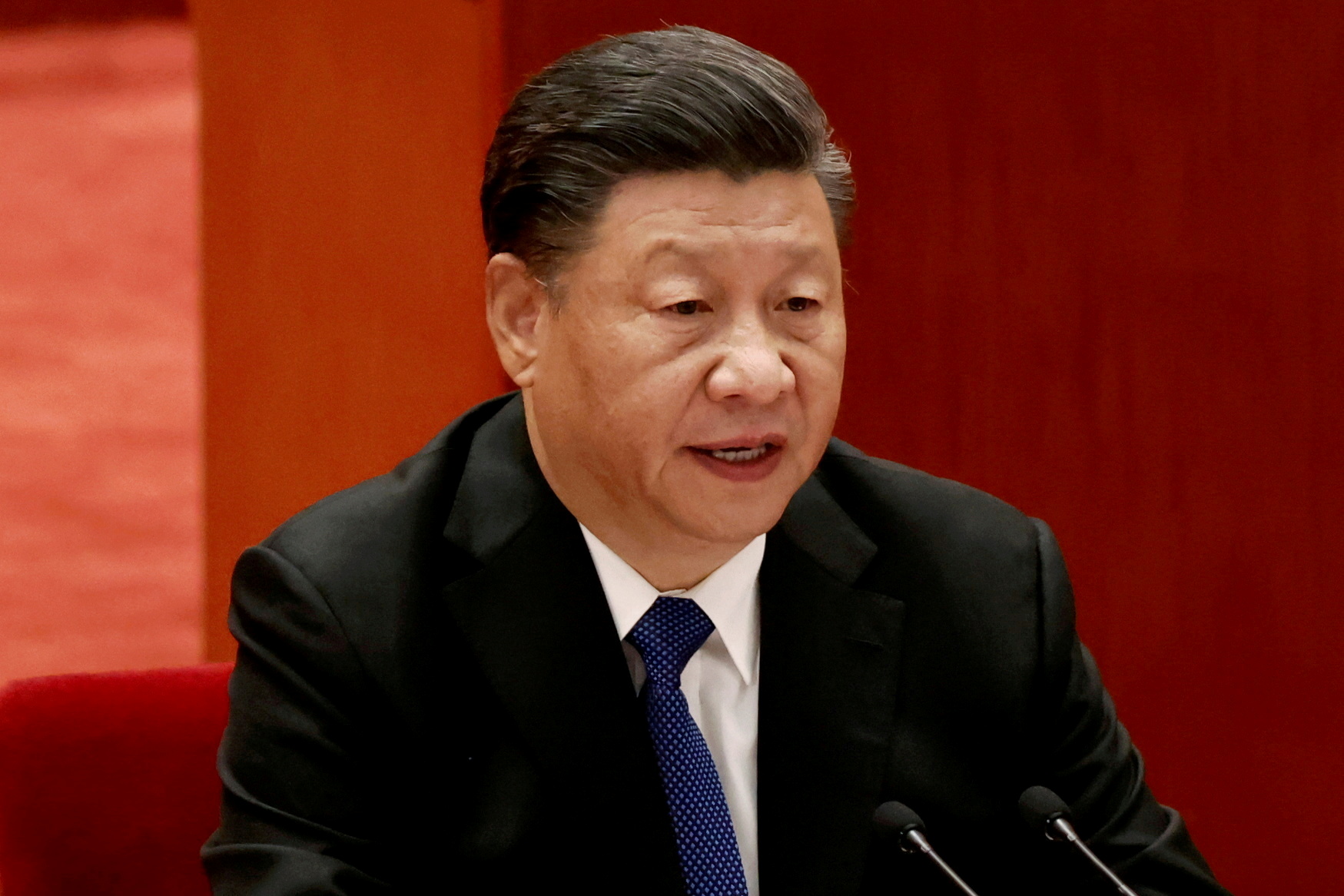 “The Beijing Olympic Games is not only supported by the Chinese people but also by the international community.”

He added, “we are fully confident of ensuring the safety of the Games and the health of the participants and Chinese people.”

Xi’s claim of international support comes after multiple countries, including the United States, Australia, Lithuania, Denmark, Canada and Japan, initiated a diplomatic boycott of the 2022 Winter Olympics over concerns about the human rights situation in China. However, Xi has found support for China’s hosting of the Games from other world leaders such as Russian President Vladimir Putin. 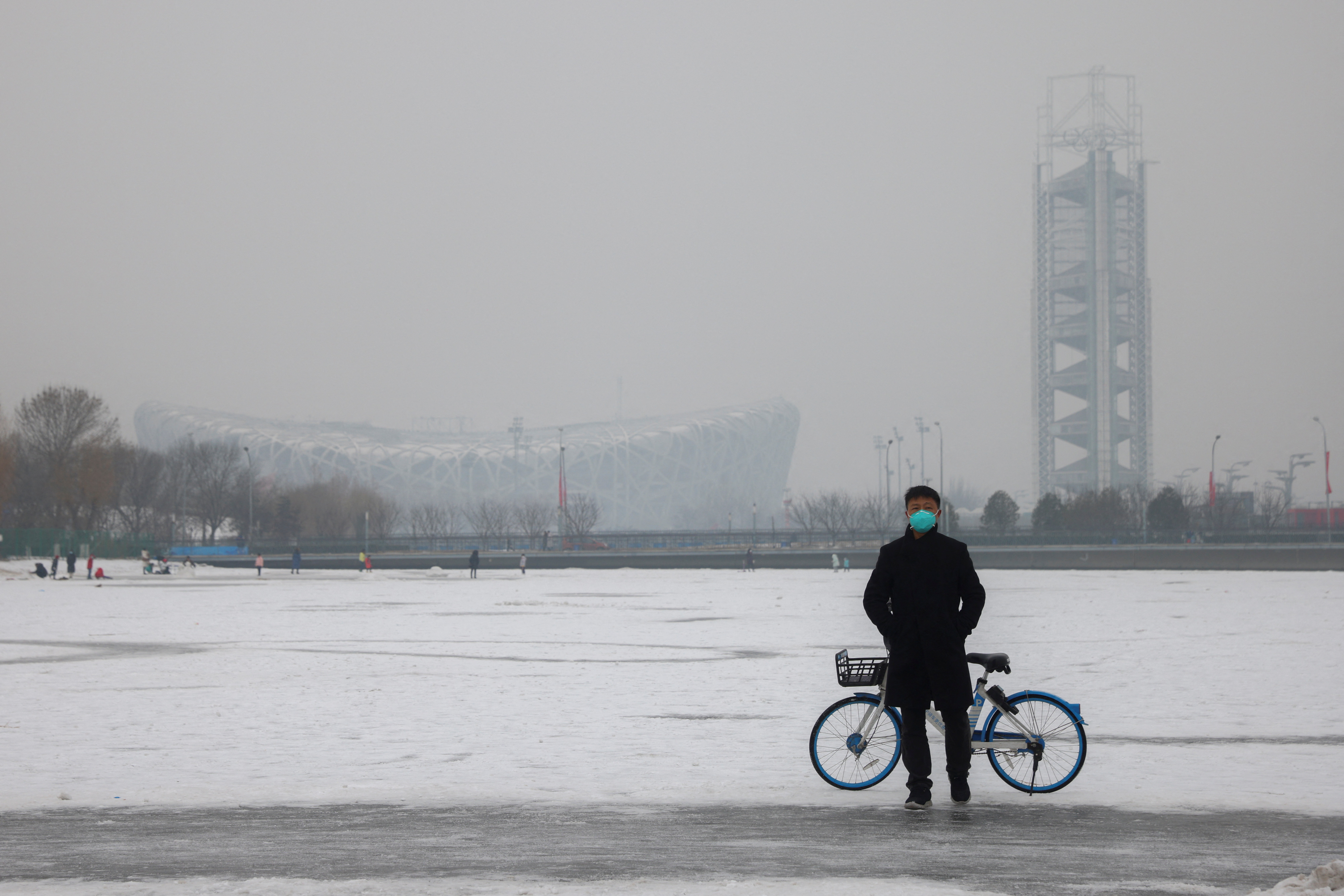 A man wearing a face mask stands on a frozen canal near the closed loop "bubble" surrounding venues of the Beijing 2022 Winter Olympics on a hazy day in Beijing, China, January 24, 2022. REUTERS/Thomas Peter

Concerns over air pollution and the spread of the Omicron variant of COVID-19 have also permeated the international news cycle in recent weeks.

As reported by Around the Rings, the Chinese Ministry of Ecology and Environment have stated the seasonal weather in Beijing is creating “extremely unfavorable conditions,” but have promised to have the air quality fixed before the opening ceremony on February 4.

Beijing 2022 also registered the first positive COVID-19 test for an athlete or team official arriving in China for the Winter Olympics this week. However, no further positive tests amongst athletes and team officials have been confirmed by the latest available data.

Despite the challenges presented by the upcoming Winter Olympics, Bach and Xi appeared to remain confident in the ability of China to stage the prestigious winter sporting event. According to the South China Morning Post, Bach praised preparations, stating, “we are impressed with China’s efficiency, determination and vitality,” while Xi stated his country would “honor the promise to present to the world a simple, safe, and spectacular Olympic gala.”