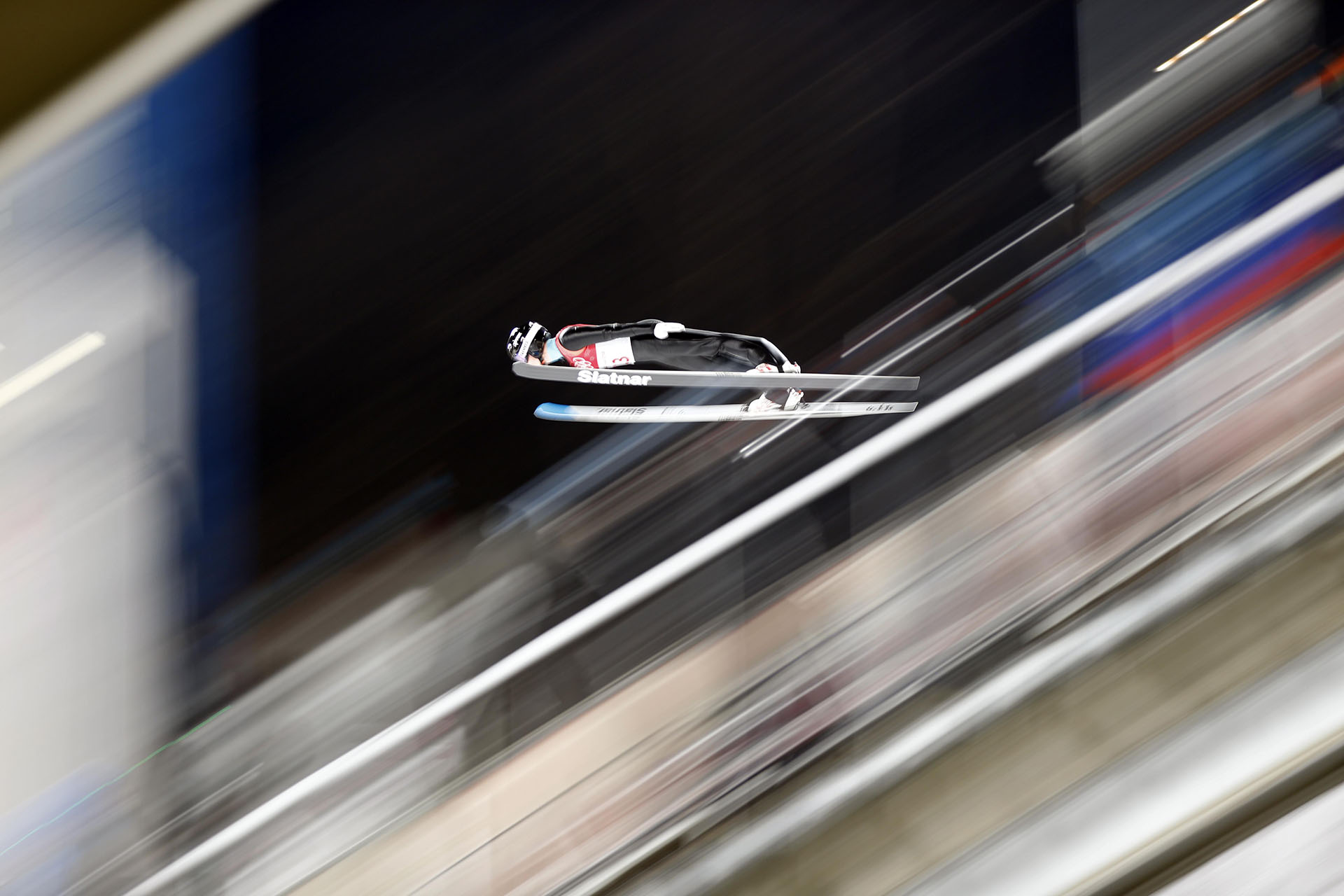 Preparations by Kazakhstan athletes for the Beijing Olympic Winter Games have not been affected by days of unrest across the country, according to a statement to Around the Rings from the Kazakhstan National Olympic Committee (NOC).

“There were no winter sports athletes in Almaty at the time,” says the statement. Almaty, the former capital city, was the scene of the largest protests, which left 225 people dead. Almaty is also the center for alpine and Nordic sports, and played host to the Asian Winter Games in 2011.

The statement says two short track and speed skating teams are at training camps in another part of the country. The remaining Kazakh Winter Olympians are abroad, competing or participating in training camps.

“The NOC expresses its gratitude to the diplomatic representations of Kazakhstan and to colleagues abroad for their support,” says the statement. 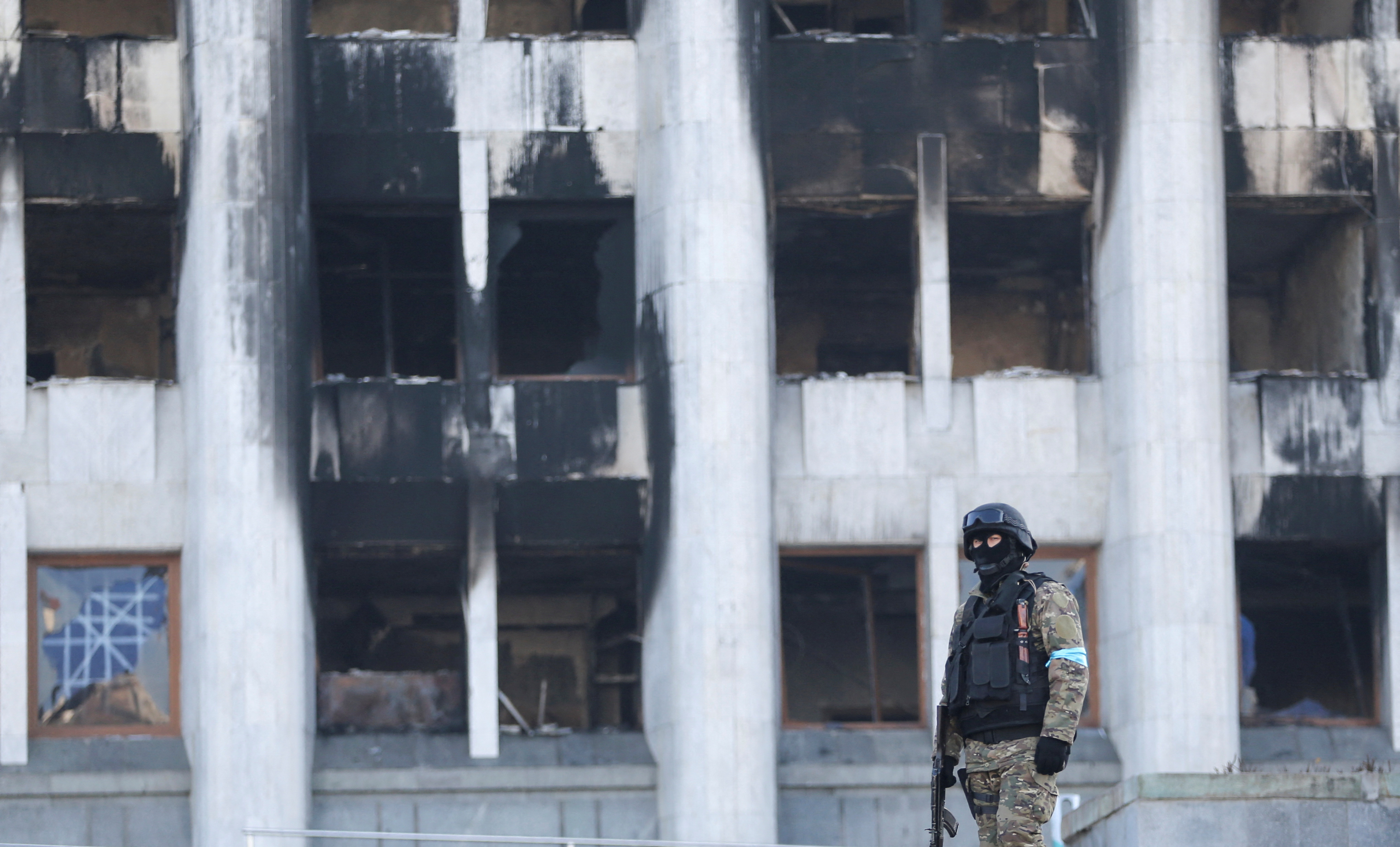 A Kazakh service member stands guard outside the city administration headquarters, which was set on fire during recent protests triggered by fuel price increase, in Almaty, Kazakhstan January 12, 2022. REUTERS/Pavel Mikheyev

Protests erupted in early January after government subsidies were reduced on fuels for cars and trucks. Prior to the unrest, fuel prices were as low as $0.11 a liter. The economic protests turned violent with 225 people killed, say reports from Kazakhstan.

No members of the Kazakhstan Olympic team or officials with the NOC were harmed says the NOC statement. However, the state of emergency proclaimed by President Kassym-Jomart Tokayev has affected the day-to-day workings of the NOC.

“The restrictions associated with the imposition of the state of emergency in Kazakhstan have affected the activities of the head office of the National Olympic Committee, as well as the training camps within the country. All public events have been cancelled in Kazakhstan until 19th January.”

The NOC says it established an operations center “to supervise and coordinate action during the state of emergency, was in constant communication with the national federations and kept the safety of the athletes under control at all times.”

“All teams were in contact, all information was constantly monitored and updated, athletes’ schedules were adjusted as necessary, and no incidents occurred. In Almaty, the training camp of some teams was suspended for three days only. Everything has now resumed,” says the statement.

The NOC says it plans to send a team of about 40 athletes and officials to the Beijing Games. Depending on final qualifications, sports include biathlon, alpine skiing, speed skating, Nordic combined, cross-country skiing, ski jumping, freestyle skiing and short-track speed skating.

Since 1994, when Kazakhstan first competed as a nation independent of the former Soviet Union, Kazakh athletes have won eight medals at the Winter Olympics, including one gold in 1994. During the era of the U.S.S.R, the republic was a key training center for Soviet winter sport. 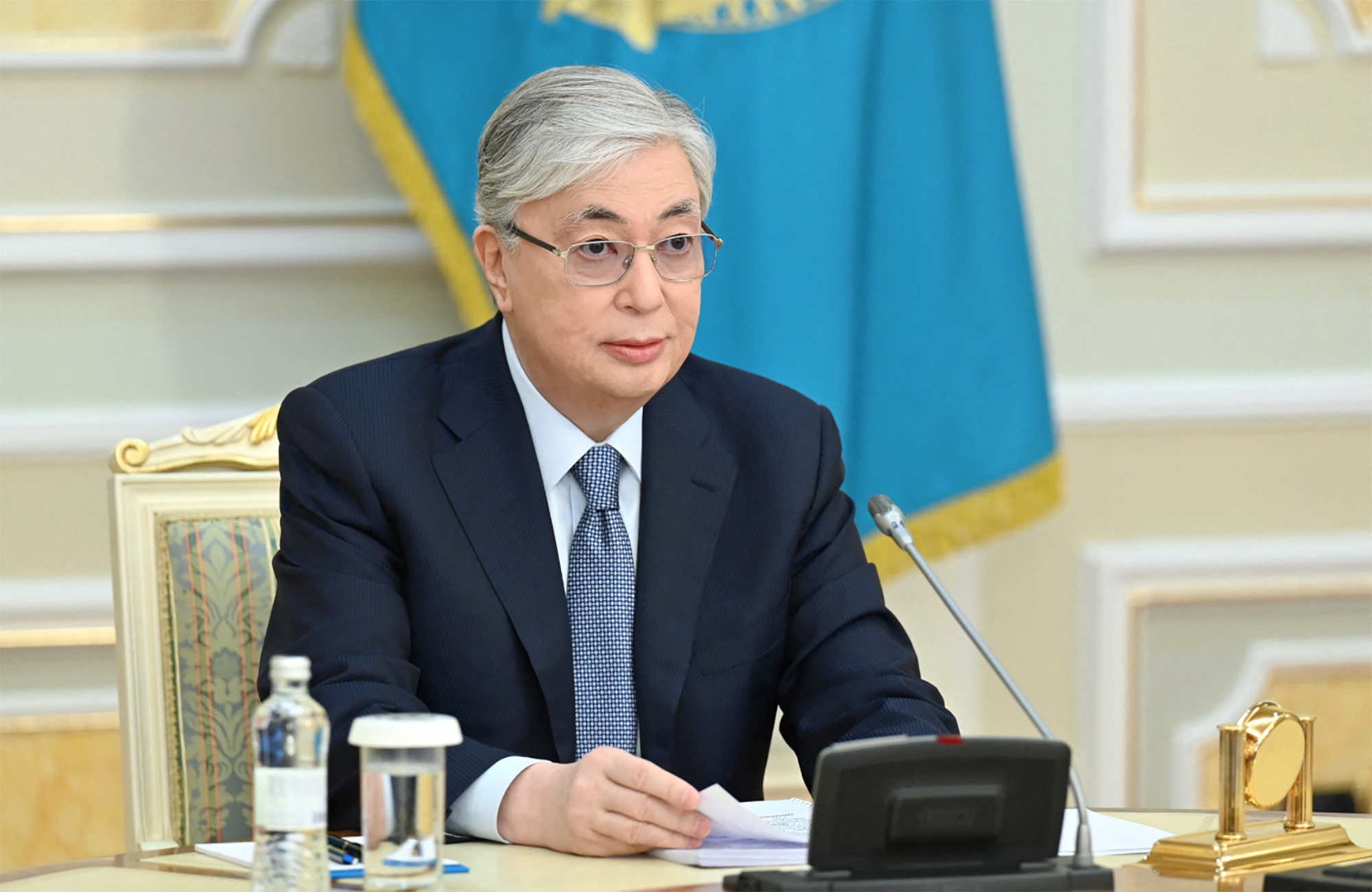 Kazakh President Kassym-Jomart Tokayev attends a session of parliament via a video link in Nur-Sultan, Kazakhstan January 11, 2022. Official website of the President of Kazakhstan/Handout via REUTERS ATTENTION EDITORS - THIS IMAGE HAS BEEN SUPPLIED BY A THIRD PARTY.

Kazakh president Tokayev is also expected to travel to Beijing as one of the foreign leaders invited to attend the opening ceremony on February 4. The nation of 19 million has a long border with China to the east and Russia to the north.

Almaty came close to winning the IOC vote in 2015 to host the upcoming Winter Games. Almaty and Beijing, both long shot bids when the campaign began, were the only two candidates remaining after a half dozen other contenders withdrew along the way. The vote was 44-40 at the IOC Session in Kuala Lumpur.

An official with the Kazakhstan NOC says there is no interest at this time for another Winter Olympic bid.