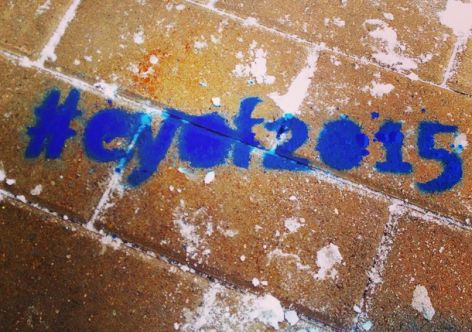 Around 1,500 athletes aged between 14-18 years took part in the 12th Winter EYOF, which closed Friday.After worries about lack of snowfall two weeks ago, fortune smiles on EYOF organizers when they got a big dump of snow this week.

"Everything went unbelievably perfect," he told ATR, praising as "fantastic and very flexible" the small team of organizers who worked on a shoe-string budget to deliver the five-day event. The EYOF organizing committee included officials with experience from Sochi 2014, London 2012 the Innsbruck YOG and other Olympics.

"We presented ourselves as a good host. All the [45] nations are happy, for me 100 percent what was expected," he said.

The biggest challenge organizers faced was the uncertainty surrounding the temporary venues, which he said had never been tested. But operations went mostly smoothly.

Groborsch said there had been a "fantastic atmosphere" at competition events throughout the week. He was surprised at the turnout for each event for a small valley.

"The maximum capacity of the ice hockey arena is 1,000. For all matches, it was sold out," he said.

A total of 20.000 spectators attended events over the last four days.

A change from the previous winter EYOF was the decision to grant free entry to all sports events as well as the entertainment and cultural program that ran alongside the sport. Every evening there was a concert, while visitors could also take in art exhibitions. Transportation was also free for all visitors.

"There was no argument not to come to our event, and that is exactly what we have seen. I think it is a good concept," he said.

Speaking about the free tickets to events, he added: "We said we want to be open and really give this festival to the citizens. The goal of what we do here brings the Olympic values to the people."

The involvement of young people was a key part of the Games organization. The EYOF concept, preparations and delivery "integrated a lot of school classes." Youngsters created the look of the medal podiums.

Amid speculation that the European Olympic Committees’ EYOF might be under threat from the IOC’s Youth Olympics and other events on the busy sporting calendar, Groborsch believes it is not at risk.

The EOC has set up a working group to assess the EYOF concept and maintain its relevance in the evolving sports event landscape.

Groborsch insists the event in Vorarlberg and Liechtenstein has set a new benchmark for the winter EYOF, and it has a bright future.

"I think 100 percent… when we have brought the Olympic flame to this country and going around the streets we recognized it’s a motivational tool for the youth," he said, noting that the event was inspiring youngsters to get into sports.

"For the first time two nations hosted the EYOF. Everything went well with this festival in Vorarlberg and Liechtenstein. I imagine this could also work for the traditional Olympic Games," said Stoss, referring to the IOC’s new Agenda 2020 reform which can allow multiple cities and event two nations to stage the Games in "exceptional circumstances."

EOC president Patrick Hickey paid tribute to the organizing committee: "It has been a perfectly organized event with spectacular venues in beautiful surroundings."