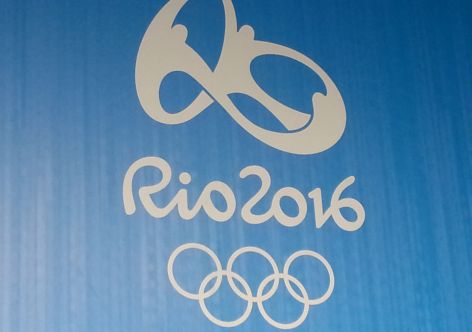 (ATR) John Coates says Brazil’s political turmoil and economic slump have made organization of the Games the toughest ever for the IOC.

"It's been very difficult, the most difficult Games we have ever encountered in terms of political and economic background," he told a BBC radio program on Thursday.

"Seven years ago when [Rio] were selected they were on the verge of being a top five GDP nation in the world. They're 74th now and it's been a struggle."

IOC spokesman Mark Adams sought to downplay John Coates’ remarks at the daily press briefing in Rio. He was asked two times if the troubled build-up to the Games and litany of problems in the opening six days gave the IOC reasons to regret handing the Olympics to Rio in 2009.

"I’m very confident that these will be looked back on as landmark Games," Adams hit back, insisting there were problems in the run-up to every Games.

"When you have 28 sports putting on their world championships at the same time and having a global audience of three or four billion people, there are difficulties," he said.

"What’s important is how those difficulties are dealt with. Our Brazilian friends are coming and dealing with them.

"The first Games in South America is really an important thing for us… not to just talk about universality and solidarity but also to practice it, with [Brazil’s] the economic problems here even more so," Adams added.

Rio 2016’s version of events was yesterday disputed by a U.S. reporter who was on the bus traveling back from the Deodoro Olympic Park. She claimed she heard gun fire and said the two impacts that had blown out windows on the bus were likely from a small caliber weapon.

In the wake of the security scare, Andrada said Rio 2016 bus drivers are being given further training on how best to deal with such incidents. Every bus to and from Deodoro is being escorted by a military vehicle.

Since the Olympic Village opened on July 24, 2097 tests have been conducted – 1775 urine and 121 blood tests. There are no positive tests so far.

The Court of Arbitration unit handling any Olympic doping cases will turn around results as "quickly as possible", Adams told the media briefing. CAS will communicate any doping positive in a statement.

"The process is as quick as it can be. It’s in everybody’s interests," Adams said.

Andrada said Rio 2016 has cancelled and recycled 12,000 tickets seized by police from ticket touts. The NOC of Ireland was engulfed in a ticketing scandal when Rio police revealed earlier this week they had seized 1,000 tickets from scalpers. Some of them have the NOC’s name on.

The Olympic Council of Ireland said its probe into the scandal was progressing and it had asked Rio 2016 and Brazilian authorities to pass on "all evidence and relevant information"."The OCI has also recommended to the IOC and the Rio 2016 organising committee that if any wrongdoing is discovered on the part of any ATR [authorised ticket reseller] in this affair then its status as an ATR be reviewed both for Rio 2016 and future Games," the statement added.

With an expected 286,000 attendance across all Olympic venues on Thursday, the Rio 2016 spokesman reported that organizers had broken the 2 million sales mark since the beginning of the Games last Friday.

Questions about empty seats have come up at every press briefing over the last six days. Andrada said Rio chiefs are working to fill the empty spaces. He admitted that some sponsors’ allocations were not being taken up, while scalpers and double headers had reduced numbers at some other venues.