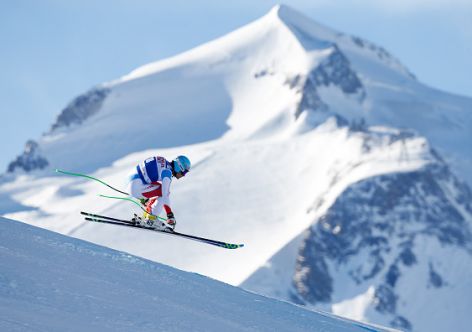 (ATR) The national government in Switzerland is providing support to the four regional bids vying to host the Winter Olympics earlier than expected.

In a statement released Dec. 2, the Swiss Federal Council said it is ready to "contribute to the cost of the Olympics." The amount of financial support will be determined later.

Each of the four regions has until Dec. 15 to submit its candidature files to the Swiss Olympic Committee. The committee will decide in March which of the regions will represent the country on the global stage.

It was originally thought the federal government would not offer any support to a bid until the final candidate was chosen by Swiss Olympic. However, Friday’s announcement by the Federal Council confirms the government realizes the potential impact that hosting the Olympics would have on the country, while also acknowledging the risks.

"The Winter Olympics can be very promising for the sport, the economy and society in Switzerland," the statement read. "A sporting event of this magnitude cannot take place without substantial financial support from the Government."

Swiss Olympic is seeking to bring the Games back to Switzerland for the first time since St. Moritz hosted the Olympics in 1948. St. Moritz also hosted the Games in 1928.