(ATR) The Colombian Weightlifting Federation (FCLP) saves its participation in the Tokyo 2020 Olympic tournament but loses five of its eight qualified competitors. 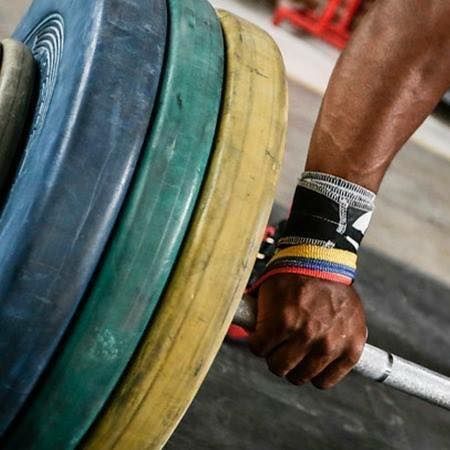 (FCLP) This Tuesday the FCLP and the team of lawyers of Sports Law confirmed in a statement that they had reached an agreement with the International Testing Agency (ITA).

So far, the ITA decision on the Colombia case has not been officially announced by ITA nor reflected on the official IWF website, as has happened with previous pronouncements on the processes of other national federations.

Shortly after its release, the FCLP withdrew the statement from its social networks.

Two weeks ago the ITA, entrusted by the IWF for all its anti-doping procedures, had requested sanctions on the FCLP for what it considered "numerous anti-doping rule violations". The ITA did not rule out Colombia being excluded from the Olympic tournament.

The FCLP statement said that an agreement had been reached "to definitively terminate the previous investigation" initiated by the ITA.

This investigation began after the first instance sanction of weightlifters Ana Iris Segura, Juan Felipe Solis and Yenny Sinisterra, who presented an adverse analytical result for Boldenone in February 2020.

"Thus, the FCLP must reduce the number of participants in the next Olympic Games in Tokyo to two men and one woman and retains the right to organize the Junior Pan American Championship in the city of Manizales, planned between 8 and 15 of next July," says the statement signed by the president of the FCLP, William Peña, and the lawyer Victor Delgado, by Doce Derecho Deportivo.

"This agreement guarantees the Federation and its athletes the possibility to start the Olympic cycle of preparation for Paris 2024 in a comprehensive manner, as it will not be subject to any additional sanction, not even if the ruling of the three athletes mentioned above is appealed and confirmed by the Court of Arbitration for Sport.

"Likewise, no collaborator of the Federation or any member of the Colombian weightlifting family will be affected by this situation."

According to the statement, both the pool of lawyers Doce Derecho Deportivo and the FCLP recognized the importance of having been able to guarantee the participation of Colombia in this discipline in the Olympic Games in Tokyo.

"We are sure that the athletes who represent us will be able to do so with great possibilities of bringing a medal to Colombia," the note concluded.

Along with China and the United States, Colombia could occupy the eight weightlifting places for Tokyo. Many experts considered that behind the Chinese, the Colombians were the ones with the most projection to the Olympic podiums.

The statement did not mention the Colombian weightlifters already classified that would be excluded, but obviously it will be analyzed which ones will be those with fewer options in Tokyo.

Taiwan joins other nations in diplomatic boycott of Beijing Games

Winter Sports World: Uncertainty persists, but alpine skiing race directors assure that everything is on course for Beijing 2022

Xi and Bach meet ahead of Beijing 2022 Games