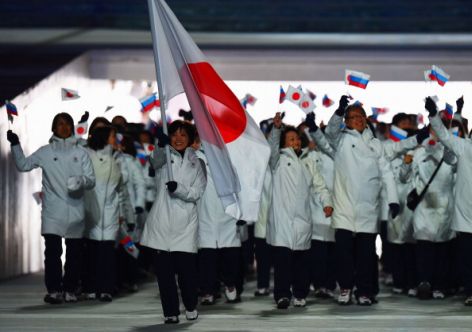 On August 7, 2014, the celebration of the 25th anniversary of independence of the Japanese Olympic Committee was held in Tokyo. On that occasion, Shun-ichiro Okano, former JOC secretary general and IOC member, raised an alarm over the present situation of the committee.

The reception was initiated by Okano, who had been anxious about the recent troubles that surfaced in the JOC, including improper use of subsidies from the Japanese government and the athlete harassment from some coaches.

In his speech, Okano reminded guests of the motivation behind the independence of the JOC from the Japan Amateur Sport Association, which is controlled by the Japanese government. In order to avoid political interference with the Olympic Movement, such as boycotting the 1980 Moscow Olympic Games, the JOC was re-founded in 1989 as an independent authority.

Although JOC succeeded in winning the 2020 Olympic Games, they relied on the power of the Japanese government. They seemed to sell their soul to the government in return for the 2020 Tokyo Olympic Games.

According to sources, 100 billion yen ($950 million) will be subsided to support Japanese Olympic athletes by the government. Major subsidies are to be allocated to suitable national sports federations under the JOC, not through the JOC, but trough a new sports authority. Obviously, the JOC will not be in a position to control the budget plan for the sport federations. There will be a real possibility for political invasion into the Olympic Movement.

Okano's speech may be the corner stone for the revival of the Japanese Olympic Movement to overcome the political power though Olympic philosophy, If a new leader with political power as well as Olympism will be appear in the organization of Japanese Olympic Movement or Tokyo 2020. The Olympic Charter says that the NOCs must preserve their autonomy and resist all pressures of any kind, including but not limited to political, legal, religious or economic pressures which may prevent them from complying with the Olympic Charter.

I had been expecting Seiko Hashimoto as such a leader. She is not only an Olympian with but also a prominent member of the Diet, Japan’s parliament. That is, however, until I was informed of that she hosted a farewell party for the Japanese delegation to the Sochi Winter Olympic Games, where she was chef de mission for the Japanese Olympic Committee. At the party, she forced a Japanese athlete to let her kiss him repeatedly. Since chefs de mission have a serious responsibility to organize the delegation for the Olympics, she seems to have no sense of responsibility for the Olympic mission.

The Japanese Olympic Committee, at this present time, will never fail to remember the philosophy of its independence and long for a new leader who succeed its legacy. It must be most inevitable for the JOC to bring true fruit to the 2020 Olympic Games.

Ryoichi Kasuga is a former international director with the Japanese Olympic Committee.