There's a high beauty quotient among the people of Argentina, and they dress with flair. Even women in jeans have that ability to throw on an ordinary scarf or shawl in such a way that they end up looking elegant.

My friend, Pam, and I look at each other after arriving on the streets of Buenos Aires. We've been friends since college - so long we sometimes can read each other's minds. She says it first: "Haircuts."

Try doing that in Paris, which I've come to think of as the Buenos Aires of Europe.

I came to Argentina in June hoping to find an alternative to Europe, where the almighty euro still is giving the U.S. dollar a firm beating, recent gains notwithstanding. I expected to find things cheaper here - the Argentine peso went into free fall in 2002. But how exceptional would the bargains be, and would it really be a true substitute for a European-style experience?

During my stay in Buenos Aires, I had to keep reminding myself that I was in South America. Walking wide boulevards lined with European-style architecture, chic restaurants and bistros where people linger over meals, you sometimes feel as if you are in Paris. Late at night, though, the bright lights and indefinable sense of energy in the streets reminded me more of New York - although New York is much more ethnically diverse. Porteños, as residents of Buenos Aires are called, are predominantly of European extraction.

Basically, visiting Buenos Aires is like going to Europe and finding that everything is half-off American prices.

Granted, you still have to get there. But our package price of $900 each - about the cost of airfare to Europe this summer, or to Argentina, for that matter - included airfare direct from Washington Dulles International Airport, six nights in a very nice, centrally located hotel with breakfasts, airport transfers in a private car with a tour guide to greet us, and a half-day bus tour of the city.

If we'd been extremely frugal - eating in the cheapest restaurants and taking public buses for 30 cents - we could have gotten by on less than $200 for all other expenses that week. Instead, we chose to enjoy a few affordable luxuries. This included taking cabs (the meters start at 55 cents), great meals in beautiful settings and a day trip out of the city.

Unfortunately, we couldn't ignore the bargains in shop windows. Our salon "savings" alone could buy us three or four pairs of fashionable leather shoes, or four or five stylish woolen sweaters, or maybe a pair of those boots of buttery soft pigskin, with a purse to match.

Of course, this tourist windfall comes at the expense of the Argentine people, who, despite a stable government at the moment, still struggle with the fallout of many years of inept and corrupt leadership. Just a few years ago, the Argentine peso was pegged one for one to the American dollar. During our trip, banks were giving about 2.8 pesos for $1. Even that apparently did not reflect the true state of the peso: Most shops and restaurants were happy to take American dollars and give a flat three-to-one exchange.

Yet the city, or at least the central areas that tourists frequent, shows few, if any, signs of the financial collapse that the country has endured. Restaurants, bars and tango venues are filled with locals. Parks and buildings seem well-kept. You see fewer obviously destitute people than you would in similar neighborhoods in American cities. Although the U.S. State Department warns of petty crime, I feel safe walking in busy downtown neighborhoods day and night.

I repeatedly wonder aloud how the city and so many of its inhabitants can continue to look so good. The answer that keeps coming back boils down to this: Looking good is a central tenet of the culture in this country, once one of the richest on Earth. The Spanish were the first European settlers to arrive and conquer here, and some of the churches built by Jesuit missionaries remain in Buenos Aires. But subsequent waves of European immigrants have left their mark. There are about as many Italian restaurants in the city as there are steakhouses, and you can raise a glass in an Irish tavern with a Spanish-speaking O'Donnell or Flaherty, or have a German strudel in a cafe in an old French mansion.

About 9 million of Argentina's 37 million people live in and near the port city, which boasts 47 distinct neighborhoods.

As long as we stash our cameras and keep our mouths shut, Pam and I are mistaken for locals. People handing out fliers trying to entice us into restaurants and stores routinely address us in Spanish.

When it becomes clear we're from the United States, we get an enthusiastic greeting. Argentines, we're told, still remember with gratitude Jimmy Carter's call for human rights at a time they were under the thumbs of a right-wing military dictatorship. They fondly recall when first lady Hillary Clinton met with the mothers and grandmothers of "the disappeared." Amnesty International has documented the disappearance of 9,000 people at the hands of the 1976-83 military dictatorship.

Although we've taken an 11-hour, overnight flight, the one-hour time difference means no jet lag, and we hit the streets upon arrival.

We quickly realize we don't have to plan our days. Like a handful of great cities around the world, Buenos Aires is a place where you can walk aimlessly and be assured of finding numerous things of interest. It's got that palpable sense of energy: Street performers pop up all over, and dozens of museums and other attractions are concentrated in several downtown neighborhoods. Our meandering path on our first day through the Centro and Retiro neighborhoods leads past museums dedicated to art, crime and forensics, photography, city history, currency, ethnography. Entrance fees range from 30 cents to a couple of dollars.

We've planned our trip so we'll be free on Sunday, to take in the San Telmo market, which offers new, used and antique goods of every conceivable variety. The neighborhood is considered slightly dicey at night, but on Sundays, it feels as if all of Buenos Aires has gathered for a sprawling street fair.

A brochure from an information kiosk lists 92 clubs for dancing tango, the internationally recognized symbol of Buenos Aires. But if you just want to watch a few couples, you'll find them dancing on the streets for tips.

For four days and four nights, we walk. Mostly, we explore neighborhoods. The most elegant and most unabashedly European are the adjoining neighborhoods of Recoleta and Palermo.

The French-style mansions in Recoleta date from the early 19th century, testimony to the vast wealth that once poured into Buenos Aires from the nearby pampas, or fertile grasslands. The neighborhood is home to the famous Recoleta Cemetery. The 10-acre cemetery is crowded with about 7,000 grand mausoleums housing Argentina's elite. With the help of a groundskeeper, we find the grave site of Eva Peron. Fifty years after her death, she remains a controversial national figure, but she has her long-enduring fans, judging from the flowers they place at the mausoleum doors.

On our last day in the city, before an evening flight, I return to a shop near my hotel to try on a leather jacket I've been admiring all week. It doesn't fit. No problem, says the saleswoman. A seamstress takes my measurements, offers me a selection of leather to choose from and heads to the factory. She promises me a tailored, handmade jacket, for $140, by 4 p.m.

While Pam goes off for a manicure, I settle in for a proper English tea in an elegant tearoom in the Carlton Hotel. I eat finger sandwiches, scones with cream, and jam and pastries from a tiered silver platter. It costs me about $7.

Normal life soon will overtake me when I head back home. But at the moment, I am feeling, and perhaps even looking, marvelous. 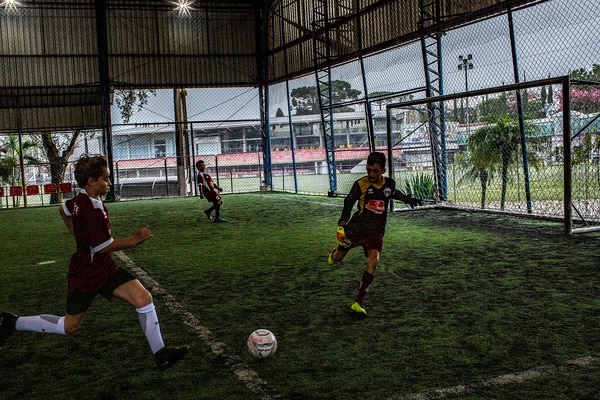 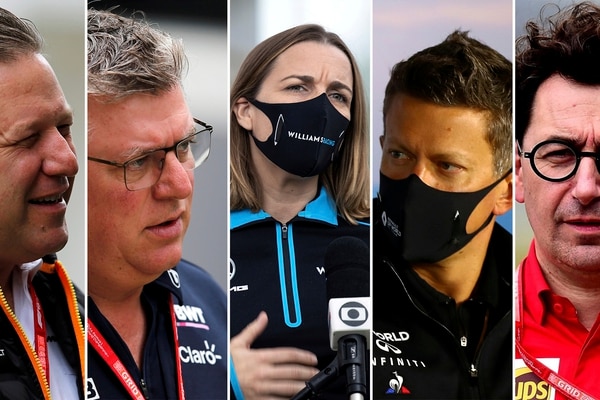 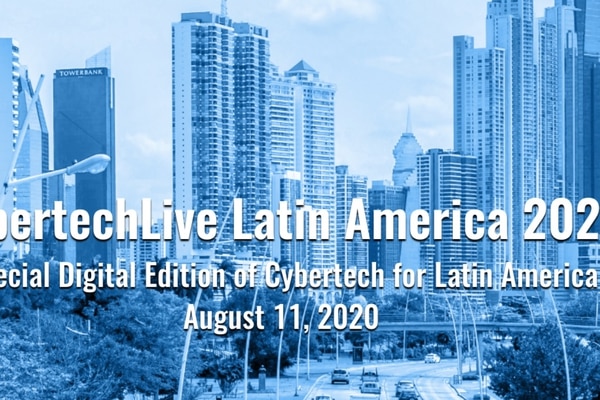 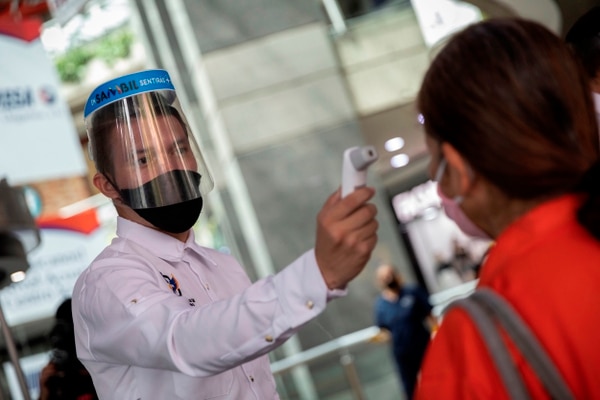 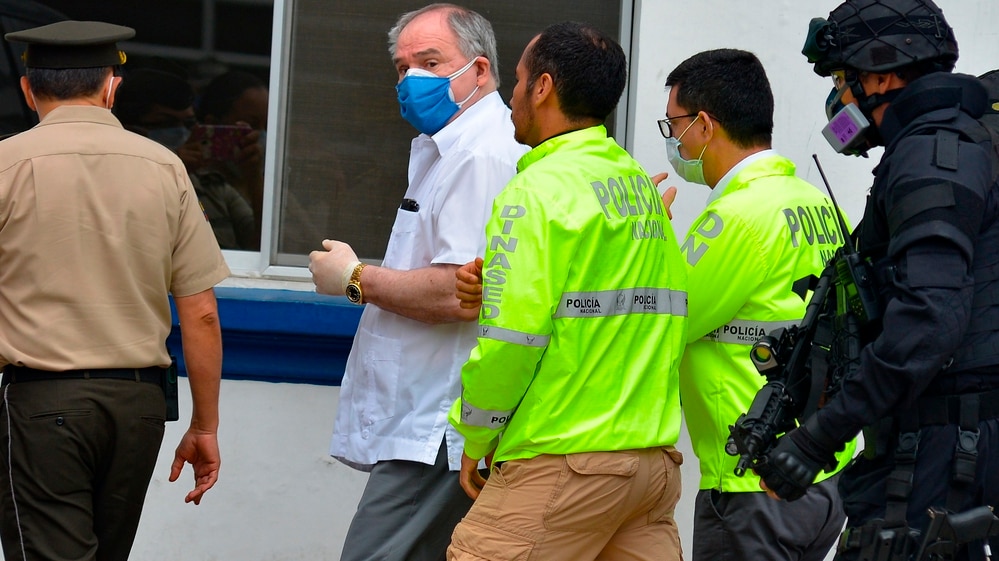 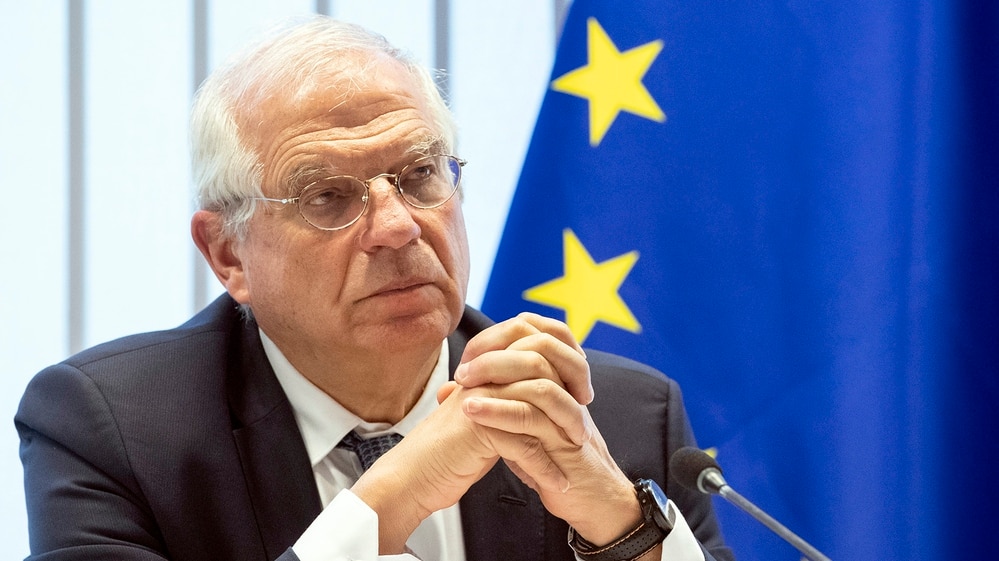 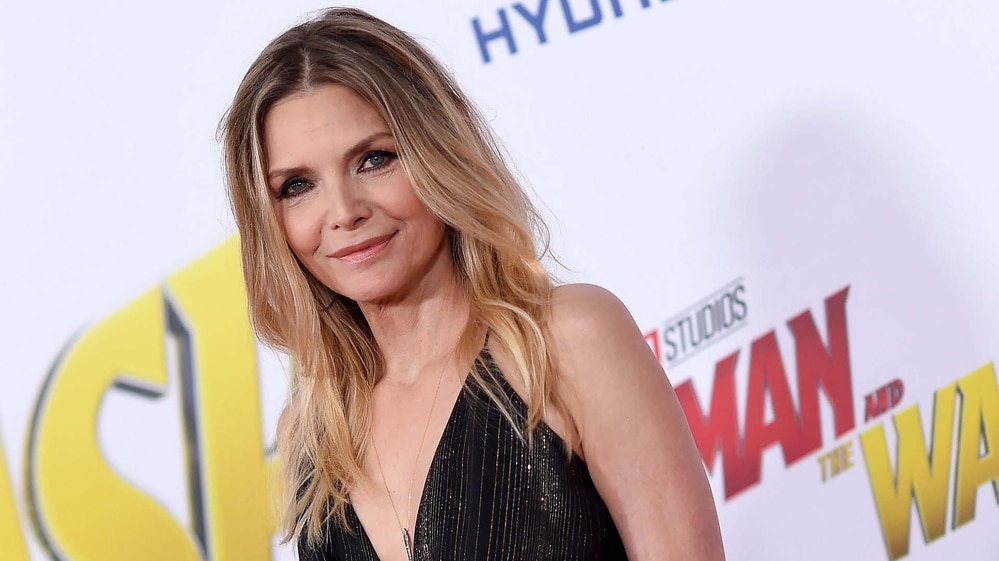 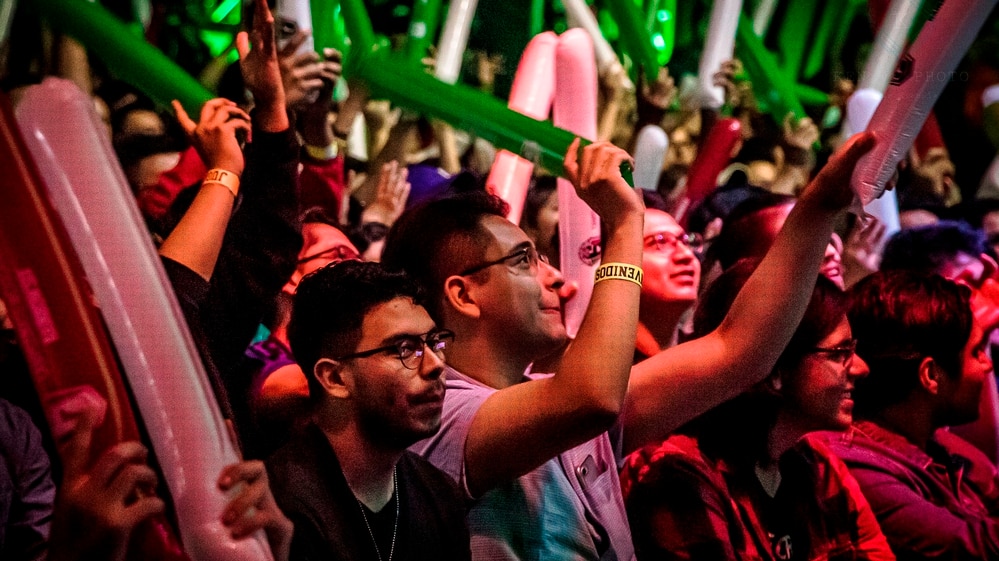 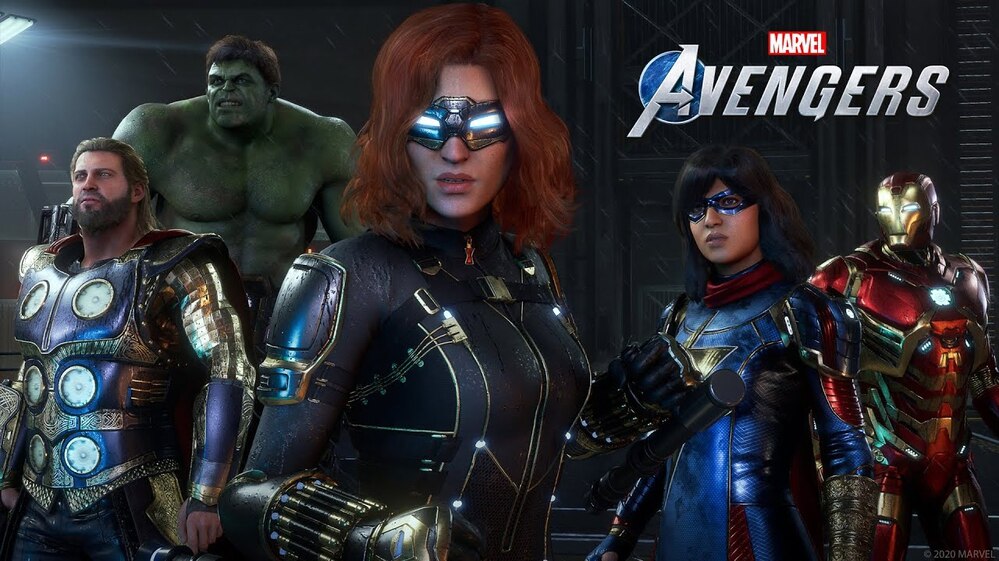 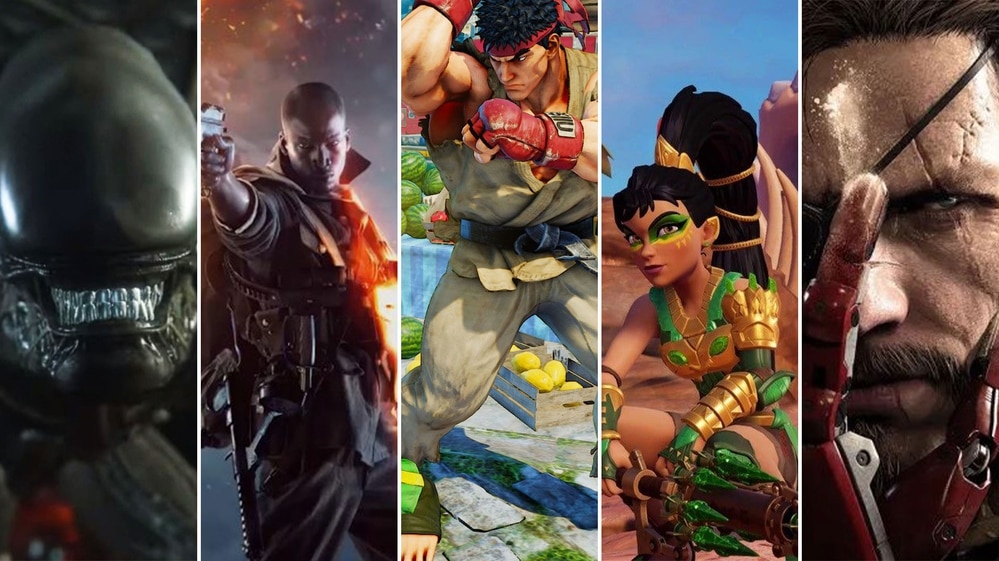 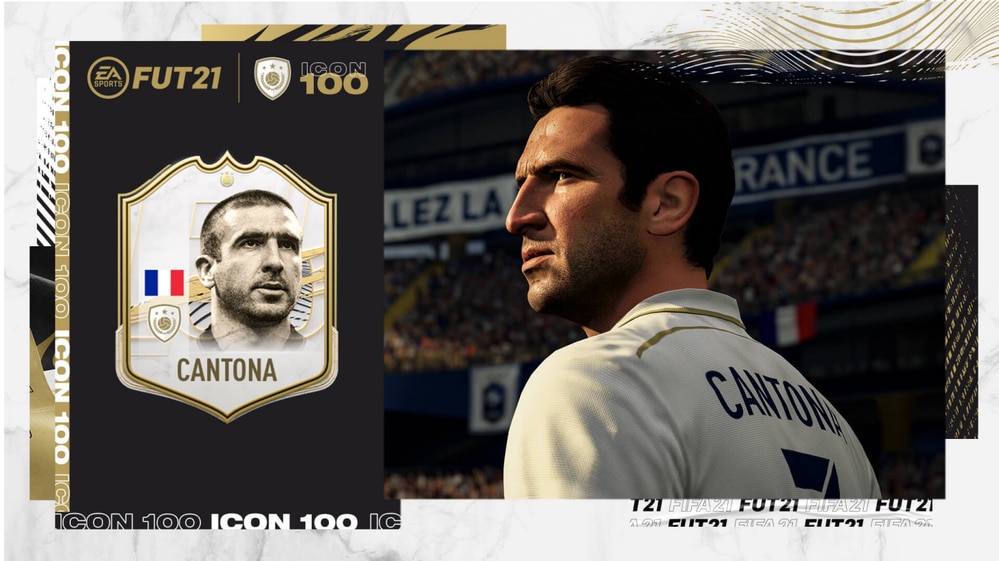 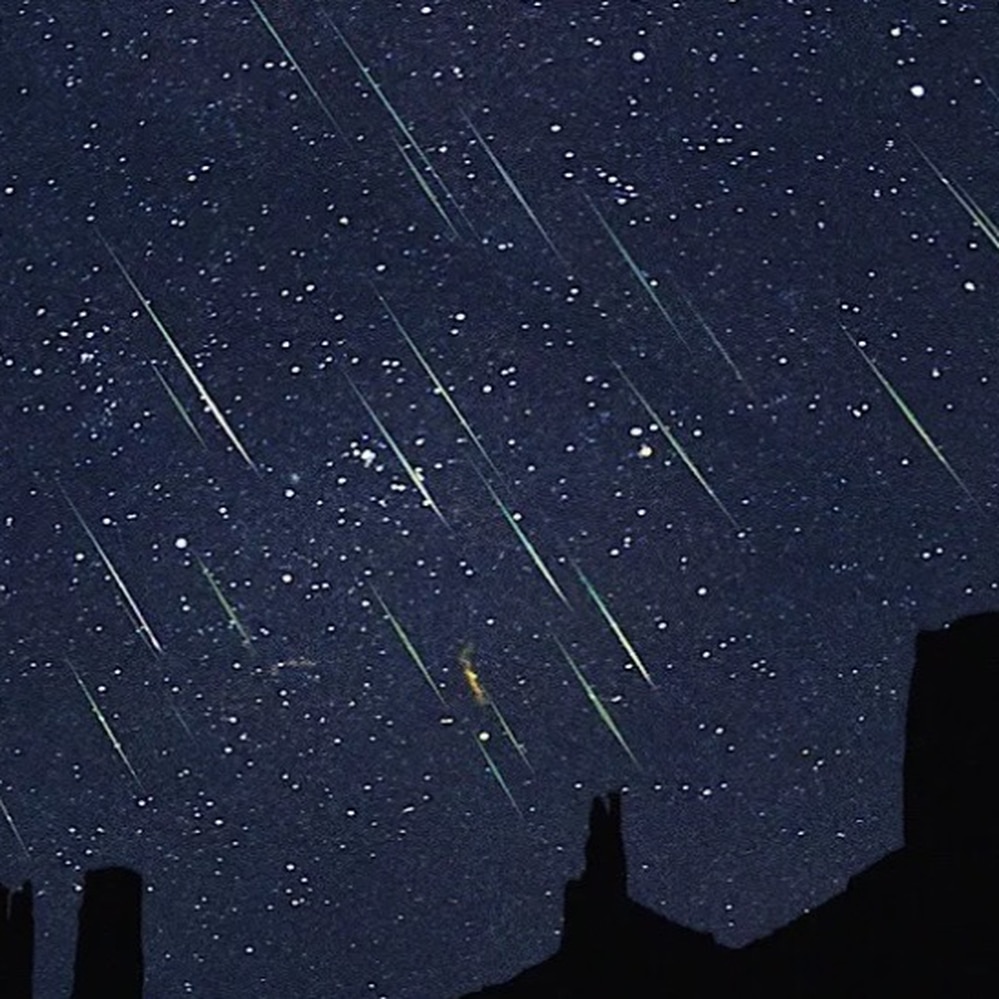 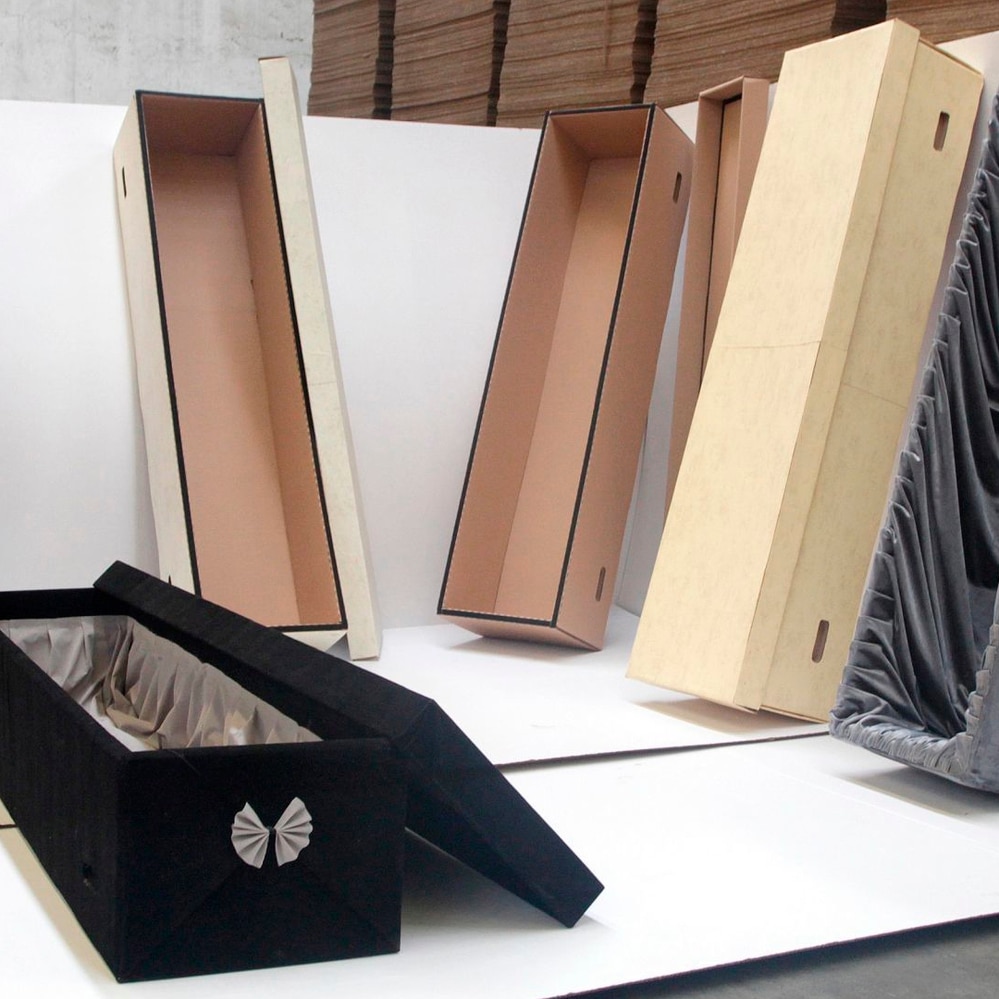 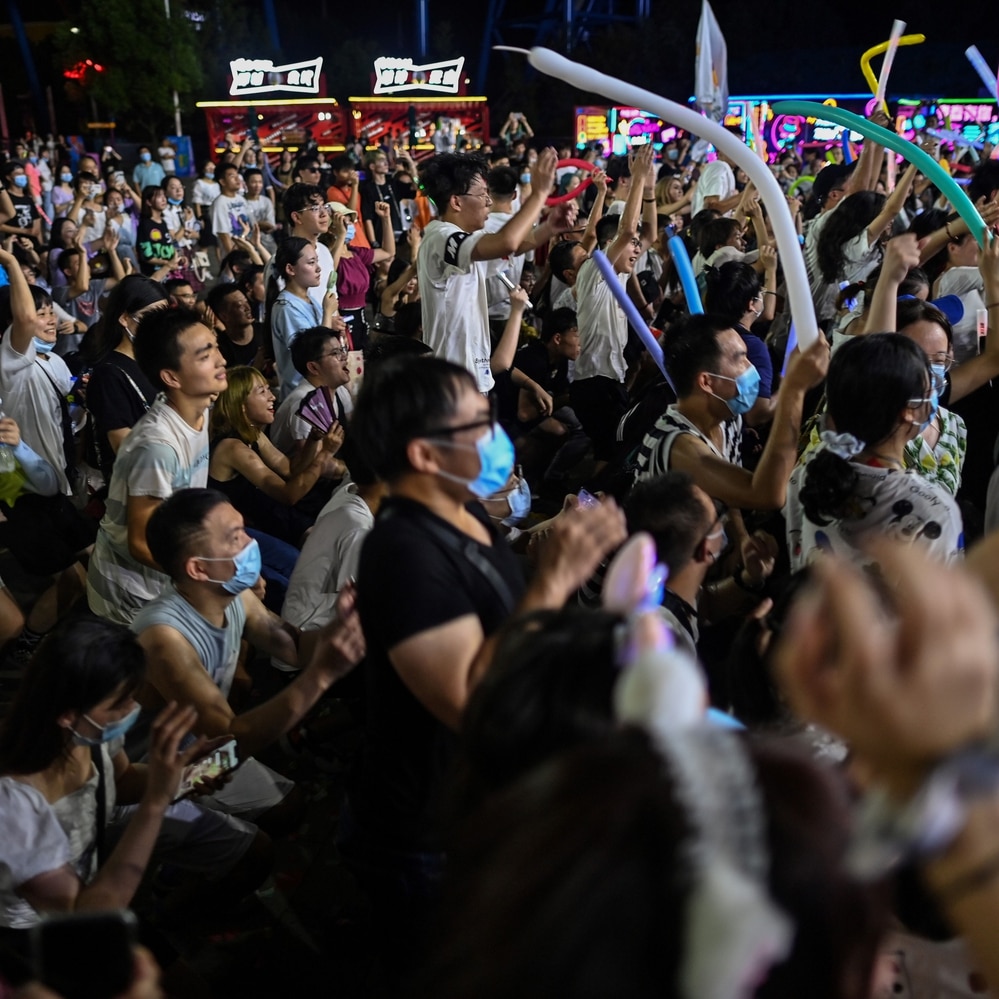 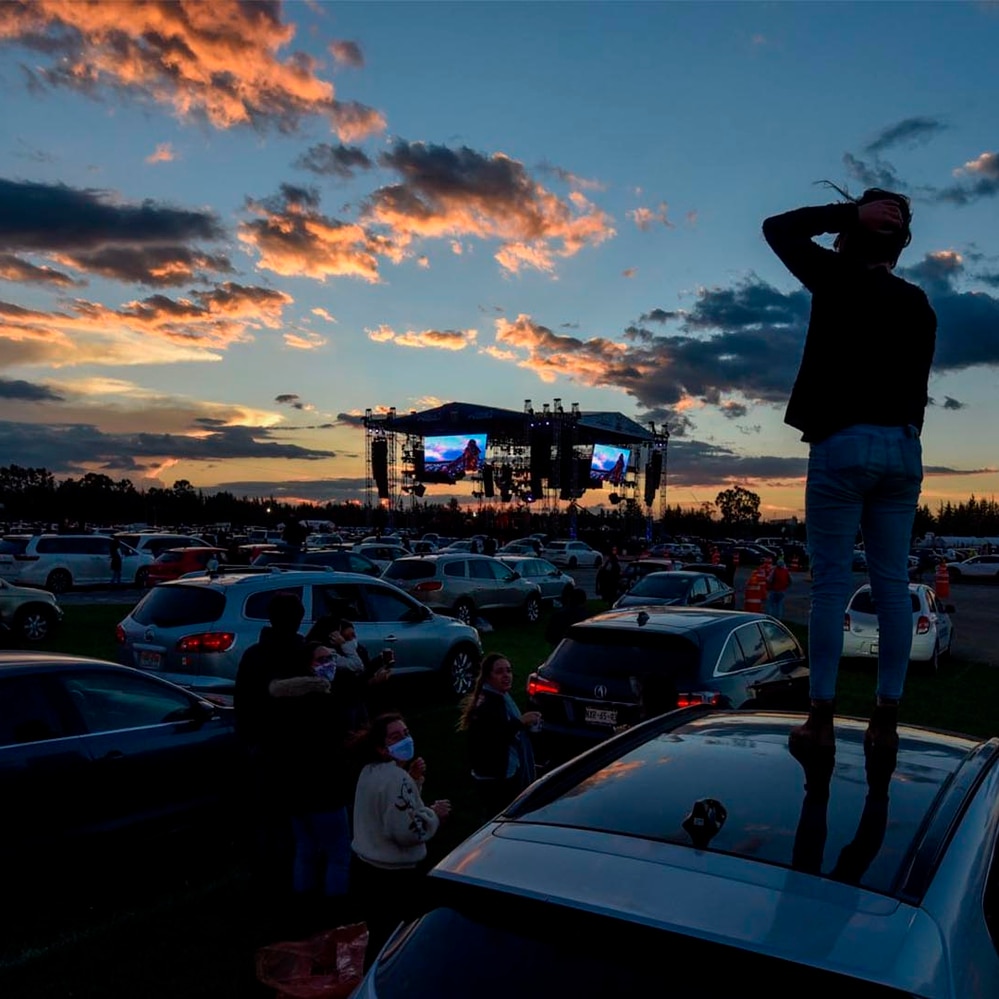 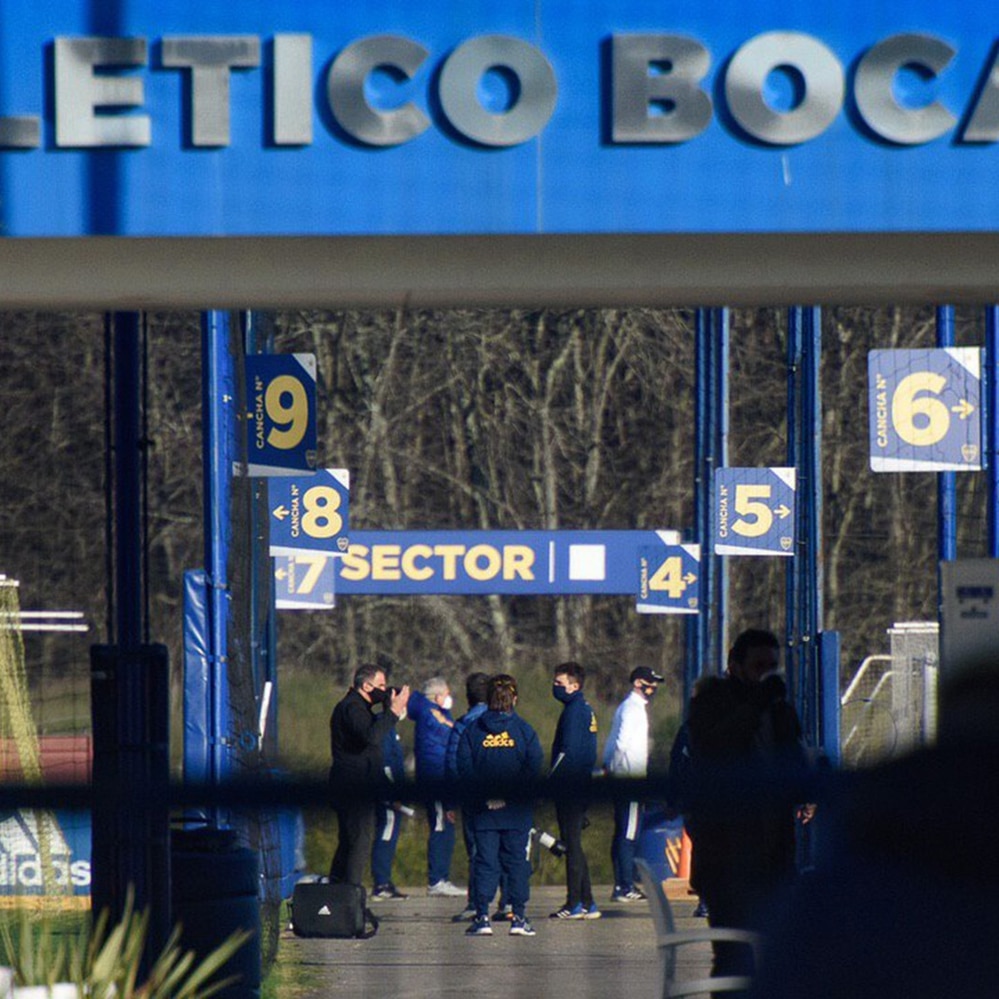 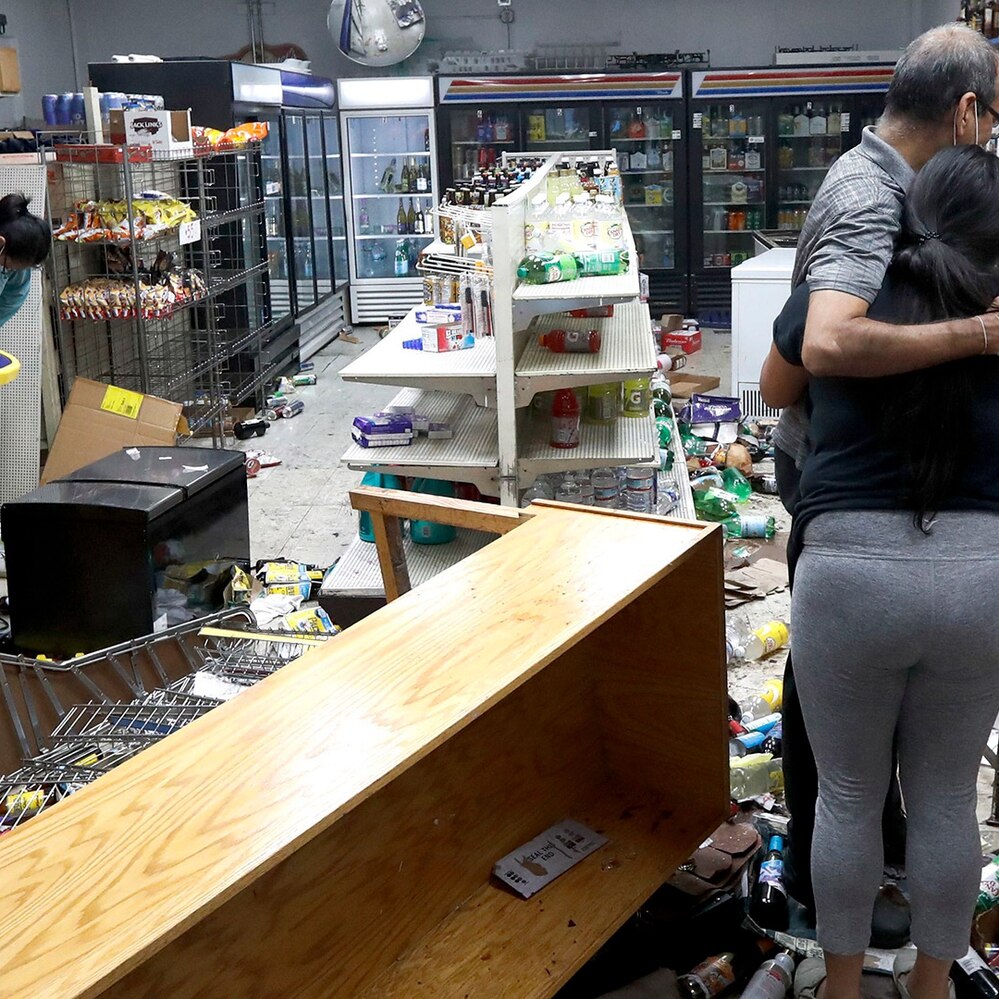 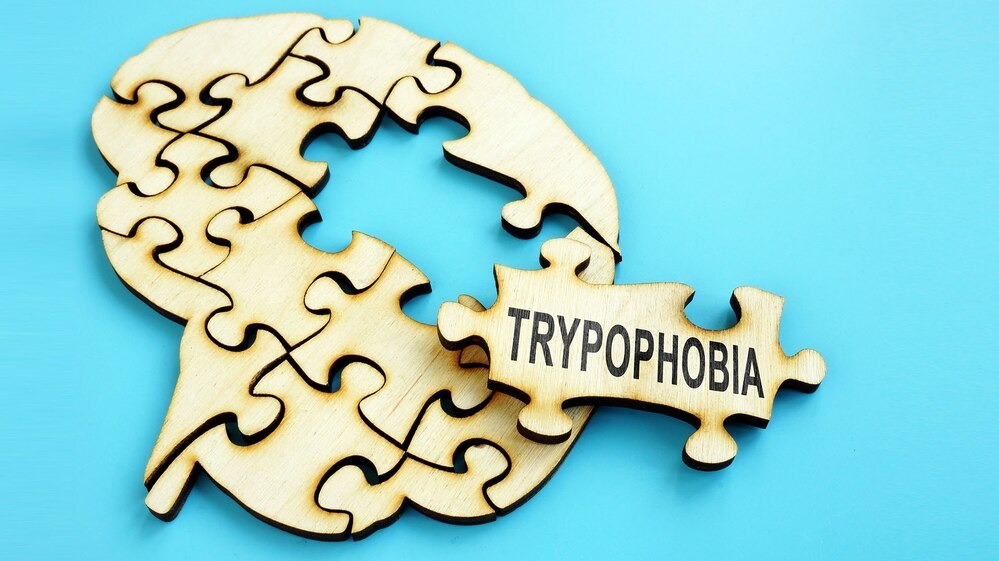 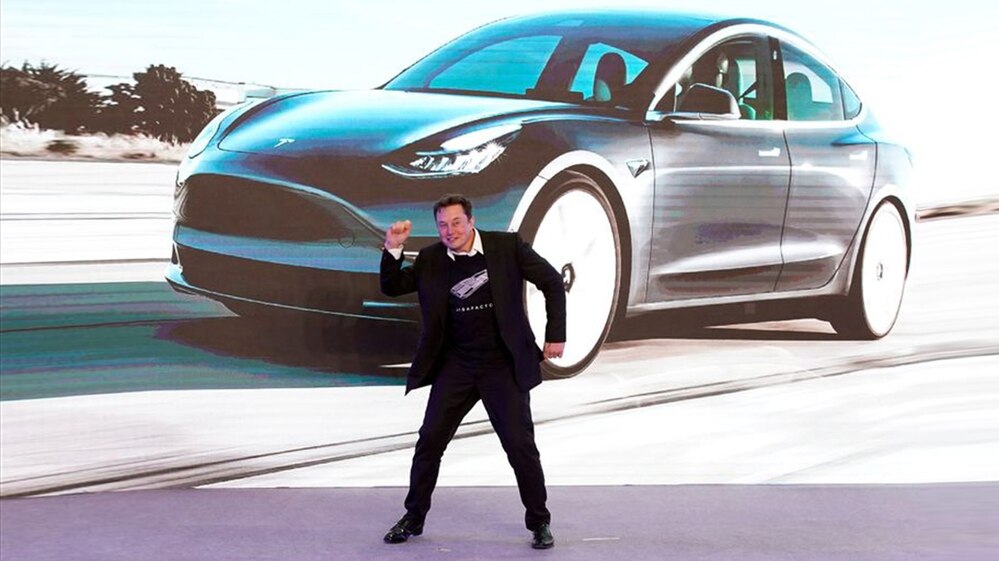 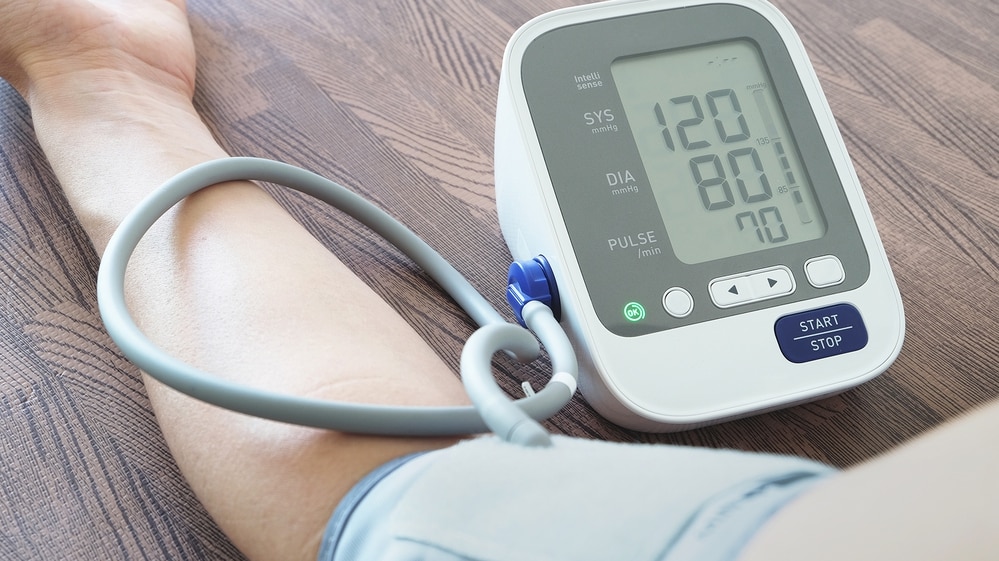 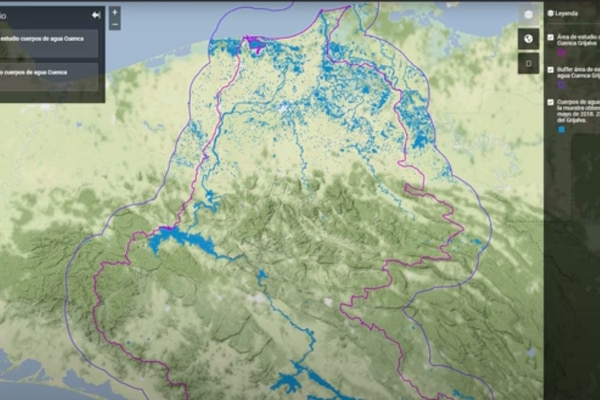 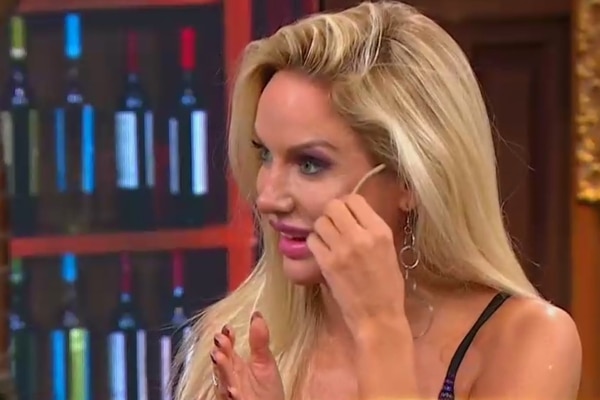 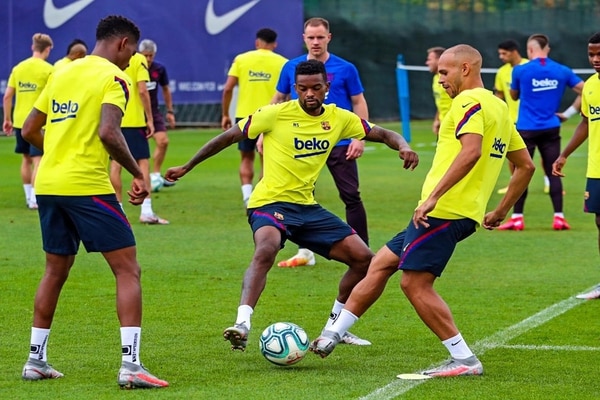